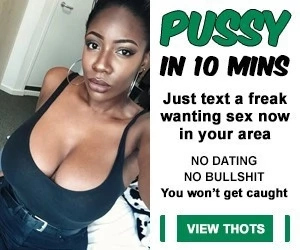 To commemorate The Simpson’s 20th anniversary, Marge is to pose nude on the cover of US Playboy.

For some, it’s a bold satirical move from a cartoon used to raising issues of female empowerment, but to others, its a betrayal of the show’s feminist ideals.

Playboy has a new cover girl – or make that cover woman: none other than Marge Simpson will strip to her lingerie for the November issue of the original lad’s mag, complete with a three-page pictorial spread, pullout, and an interview entitled The Devil in Marge Simpson.

Many fans of The Simpsons have expressed surprise, even dismay, at Marge’s choice.

After all, when Bart got a job at the local burlesque house (Maison Derrière ), Marge “shared her moral outrage” and took a bulldozer to it (the good men of Springfield stopped protesting when they realised she didn’t know about the town’s bordello). In another episode, when Bart covertly took pictures of Homer dancing with a stripper at a stag party, Marge forced her husband to take Bart to meet the stripper, with the injunction that he teach their son not to treat women as sex objects. So what are we to make of Marge’s sudden decision, in commemoration of her family’s 20th anniversary, to join the ranks of sex objects and bare all for the readers of US Playboy? Is The Simpsons escalating its satire – or selling out?Advertisement

Certainly if the cartoon’s producers are taking an ironic position towards sexism, the irony has been lost on some commentators. One newspaper opened its report of the news by asking only what Homer and Bart would make of Marge’s decision. One can only imagine the outrage of Lisa, the family’s outspokenly feminist daughter, at such a patriarchal throwback: only the men in the family get a voice? Being so gratuitously excluded could only add insult to injury, for it is Lisa, much more consistently than her mother, who has deplored her society’s sexist treatment of women over the programme’s 20 years.

Lisa has long been recognised as a feminist role model: in 1994 Ms. magazine declared her “animated and liberated”, and said she waged “a one-girl revolution against cartoonland patriarchy”: “Whether she’s marching for gay rights, subverting Thanksgiving with a tribute to forgotten foremothers, or demanding equal pay for equal work during household chores, Lisa’s personal is intensely political. She told Ms. that role models like Simone de Beauvoir and George Eliot fuelled her feminism, as did ‘the off chance that my father, Homer, and my brother, Bart – much as I love them – represent a fair cross-section of American men’.”

Lisa has also never had anything but righteous contempt for women who collude in their own objectification. In the classic episode Lisa vs Malibu Stacy, Lisa is desperate to get the newest Barbie doll, which talks. When she gets the doll home, Lisa sets up a little UN chamber in the living room with her other dolls, and announces: “A hush falls over the general assembly as Stacy approaches the podium to deliver what will no doubt be a stirring and memorable address.” She then pulls the string on the back of the doll, who says things like, “I wish they taught shopping in school”, “Let’s bake some cookies for the boys”, and “Don’t ask me. I’m just a girl” – followed by tittering. Lisa delivers an outraged peroration in response: “Millions of girls will grow up thinking that this is the right way to act, that they can never be more than vacuous ninnies whose only goal is to look pretty, land a rich husband, and spend all day on the phone with their equally vacuous friends talking about how damn terrific it is to look pretty and have a rich husband.”Advertisement

And now Lisa’s own mother has sold out to none other than Hugh Hefner, who has founded his fortune on the exploitation of vacuous ninnies whose only goal is to look pretty. But maybe Marge’s decision is simply a cry for attention? After all, she is chronically under-appreciated by the male members of her family – so much so that in one episode her frustration erupts in road rage, captured by the local news station with the bulletin: “An overworked and under-appreciated housewife has snapped.” The police arrive and cordon off the area with police tape reading: “Distressed Mother – Please Stay Back”. When the smoke clears, Marge is sent away on holiday alone for a much-needed treat, which entails eating a hot-fudge sundae and drinking tequila in a bubble bath – while watching Thelma and Louise.

Marge has always represented the mother and woman trying to come to terms not just with conflicting definitions of contemporary women, but with her own conflicting desires. While overall The Simpsons has often targeted sexism in its sweeping satire, most of the Simpson family members don’t show any tension about their own gender roles: Homer sees himself as a hunter-gatherer who has no place in the kitchen except being fed; Bart is the anarchic small boy wreaking havoc; and Lisa is consistently feminist in her resistance to traditional notions of femininity. It is Marge, the stay-at-home mother, who has always animated, as it were, the questions we ask about women’s roles.

In fact, The Simpsons began clearly as a satire of the idealised family of such beloved American postwar sitcoms as Leave it to Beaver, Ozzie and Harriet, and Father Knows Best. If there’s one thing that can be certain in the world of The Simpsons, it’s that Homer will never know best. In fact, he’ll rarely know anything. Marge, for her part, always wears a dress and a pearl necklace, a blue-beehived lampoon of the traditional housewife. She spends most of her time cooking and caring for her children, and acts as the family’s heart and conscience. But Marge is also frustrated by her family’s disrespect, and often seems to be trying to convince herself that she believes in the “family values” bromides she occasionally parrots.

For example, in one episode Marge defends herself from a mugging and begins to feel distinctly empowered. When Lisa asks her: “Mom, was that the most exciting thing you have ever done?”, Marge admits it was, but then adds dutifully: “But celery soup is also exciting.” When Marge goes shopping, she decides that “regular ham just doesn’t thrill”, and chooses “deviled ham” instead; and rather than pick up Sponge & Vacuum magazine, she buys an issue of Death Sports. After some increasingly reckless thrill-seeking, Marge becomes a police officer. At which point Homer delivers possibly the best line about traditional gender roles in US television history: “Marge, you being a cop makes you the man, which makes me the woman, and I have no interest in that.” By the end of the episode, Marge has quit in outrage over police corruption and returned home – in what can only be called a cop out.

In other words, one of The Simpsons’ targets has long been our culture’s inability to come to terms with women’s empowerment – or, indeed, to locate that power anywhere other than in the arenas of sexuality and maternity.

For a supposedly “stay-at-home mother”, Marge has, over the years, pursued a remarkable array of careers, not just as police officer, but also as actor, waitress, teacher, estate agent, marriage counsellor, carpenter – and even as a glamour model, after inadvertently receiving breast implants. She had them removed at the end of the episode – but not before prompting the tabloid headline, “Crazed mom goes topless!” (which seems like a more apposite headline for Playboy, and leads to the obvious question of whether Playboy will show us Marge augmented). In fact, Marge has also always had a sexual side: she and Homer have had an actual roll in the hay, sex on a miniature golf course, and the breast implants themselves came about as the result of a hospital mixup when she tried to get liposuction to ensure that she remained attractive to her husband.

But, like many women, Marge also flirted in her youth with radical feminism – or rather, with the patronising male professor instructing her in it, who tells her that anything penis-shaped is evil, and that the wedding they wander past is a sign that “slavery is alive and well in Springfield”. When Marge protests that she wants to get married some day, the professor informs her, sighing, “Ah, Marge, it’s statements like that that make people say women are stupid.”

If The Simpsons occasionally lampoons feminism, however, it much more frequently satirises the objectification of women for commercial purposes: in one episode Marge and Lisa watch a television ad in which a man at a petrol station is approached by three scantily dressed sexy young women, strutting to pop music; one of them leans over to reveal a cross dangling in her cleavage, and a voiceover intones: “The Catholic church. We’ve made a few … changes.”

Playboy is trying to claim the same thing in promising to reveal the devil in Marge Simpson. But Marge has been showing her devilish side for years. When she shut down the Maison Derrière, she warned Belle, its proprietor, that she was about to learn that “the two most dangerous words in the English language are ‘Marge Simpson”. And, actually, in 2004 Marge was featured on the cover of Maxim – in a negligee, on all fours, scrubbing the floor – so it’s hard to conclude that she’s letting the sisterhood particularly down by appearing in Playboy.

If Marge has always been a figure for sending up cultural questions about women’s roles, then one could argue there is nowhere more appropriate for her to end up than on the cover of Playboy, the magazine that emerged in the very era – the American 1950s – that The Simpsons was born to burlesque. Playboy represented the flipside of that fantasy of domestic stability: instead, the magazine offered a sentimental fantasy of sanitised promiscuity. And of course Hefner has long been nothing if not a cartoon himself, a smirking parody of the vacuous consumption and mindless sexualisation he promulgated.

And in that sense, it is perfectly appropriate – even devilish – for Marge to be appearing on the cover of Playboy. It was Malibu Stacy who said: “Let’s buy makeup so the boys will like us” – and Marge has, apparently, internalised some of her remarkably sexist drivel. Although some may see this as a betrayal of the show’s left-leaning, broadly feminist principles, it is actually quite in keeping with the evolution of Marge’s character. Not to mention consistent with the show’s satirical impulses.

The question isn’t just what this says about Marge, but what it says about Playboy, which is suffering as much as every other magazine, having lost 25% of their newsstand sales over the past year, while advertising has dropped 31% and circulation has fallen overall. Playboy views its decision to feature a blue-haired, yellow-skinned, housewife and mother of three as a departure – and she’s certainly no Marilyn Monroe. Whether they’ve successfully anticipated the desires of their target audience is another question entirely: “We knew that this would really appeal to the twentysomething crowd,” said Playboy spokeswoman Theresa Hennessey. If Playboy thinks a naked Marge Simpson is a draw for twentysomething readers, their problems go beyond those of the publishing industry in general.

Unsurprisingly, however, Hefner has hedged his bets. For those Playboy readers for whom Marge Simpson’s centrefold pullout doesn’t quite cut it, the redoubtable Hefner is also offering an alternative cover with an actual lingerie model, explaining: “True fans will want both.” For those who accept Playboy’s assertion that Marge Simpson’s appearance marks the first time in the magazine’s history that a cartoon featured on its cover, this may be true. The rest of us know that Playboy has been selling cartoon versions of femininity for years.