I mean, a lot of them are quite awful (why so much pedophilia?) but let me tell you, I’ve found a good handful of mindblowing ones.

Personally, my favourites right now are the ones by MORBID+LOVERS.

It’s mainly GerEng, (which is like my new favourite Hetalia ship by the way) but seriously the art makes up for the borderline abusive narrative and outdated anime inspiration.

If you love big noses and detailed privates even half as much as I do, I’m sure you’ll love it.

I enjoy Doujinshis so much that I’ve literally spent the last two hours reading them alone in my room. No regrets.

But that’s beside the point.

I know that I could just answer thIs question, ya know hit maybe fifty, sixty words and just be done and forget about it all, but that’s not how I roll. I’m here to tell a story.

(But for everyone who’s like, “Jesus Christ just tell us the website, no one cares about your stupid rabbles,” then yeah, I use myreadingmanga.

It’s a decent site, though sketchy, and I do not suggest using it in front of your family… because there is a large number of *ahem*… pornographic advertisements…)

So, since I first started going to my high school, acquiring wifi has been a damn battle. Every once in a while a student would hack in and figure out the password, then word would get around and suddenly half the school would be watching Netflix during the lunch break. But it would always go away…

Well.. hopefully. We’re supposed to finally get an official student wifi after the Christmas break, which I had been looking forward to for the past six months. But then, only a couple days ago, the wifi started working again!

See, I was actually kicked out of the school’s wifi (as was many other students I believe) because apparently that’s a thing teachers can do. And I guess they un-kicked us all off. Finally.

Except, there’s one teeny tiny problem.

I’m not allowed to read Doujinshis.

Crazy right? For some stupid reason, the school has a rule against websites with ‘adult content’. Bah! It’s just human anatomy, why make it such a big deal.

Sure most of the humans are partaking in some rather questionable acts, but jeez these teachers are such prudes!

And- okay it just seems so weird that the school would specifically block Myreadingmanga.

Like out of all the weird, pornographic websites on the vast, vast internet, you’d pick one for reading Doujinshis? The one thing that brings me happiness in this screwed-up world… 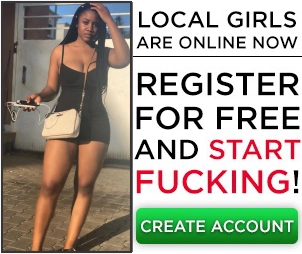